Turning a negative into a positive.

With Christmas looming Jenn has lots of Shriner events to attend, and this one required her to whip up a quick dessert.  She chose to make up an old-fashioned gingerbread cake.  She found the recipe in her old Better Homes and Gardens Cookbook. 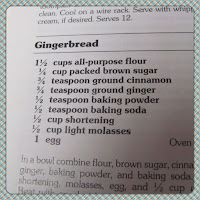 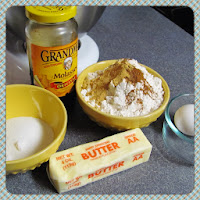 When she made up the batter it seemed off, more like a cookie dough and less like a cake.  When she baked it, it barely rose and came out flat and dry.  The flavor was also off as there was little sweetness to bring out the true gingerbread flavor. 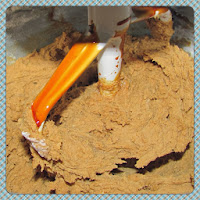 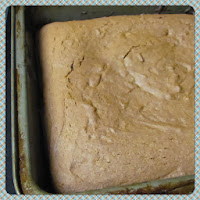 She hunted her cookbook collection for another recipe that would do much better.  She chose Nick Malgieri’s How to Bake, this recipe came out much better.  It was very flavorful and light; it was a nice little snacking cake perfect with a dollop of whip cream and a sprinkle of nutmeg.

After the event she returned home and felt ill at the fact she was going to have to throw away an entire batch of gingerbread.  The more she looked at it the more she thought, “I can make these into biscotti.”  So she sliced them up and put them on her pizza stone, and into a 325-degree oven for about 30 minutes.  Et voila, she had gingerbread biscotti. 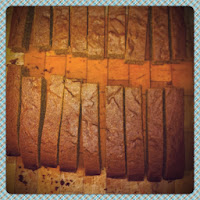 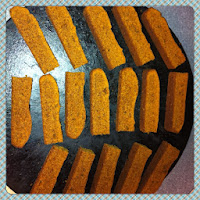 The flavor was still off a bit so she rummaged through her chips and found some cinnamon chips and toffee bits that needed to be used up.  She melted the chips over a double boiler, and began to dunk in the biscotti.  These chips melted well but had little flow, which made them hard to dip.  She used an off set spatula and spread the melted chips on the biscotti.  This worked out well.  Finally she sprinkled toffee bits over the top. 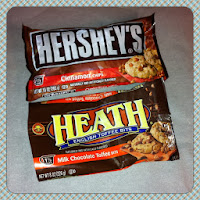 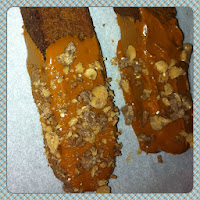 These biscotti were absolutely delicious.  The cinnamon chips added to the yummy gingerbread and the toffee bits sent them over the top.  This is one delicious way to rescue a bad batch from the trash bin. 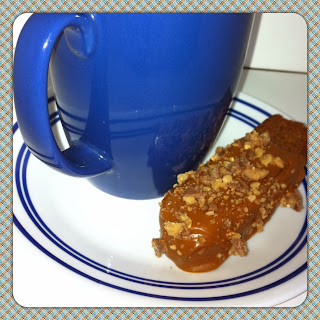 We hope this gives you an idea to turn your bad batches into over-the-top delicious things you would be proud to show off to anyone. Until next time Spin-Sters...

Email ThisBlogThis!Share to TwitterShare to FacebookShare to Pinterest
Labels: Cakes, Our Projects

NOTE: The Cake Spinners reserve the right to remove any comments with profanity, personal attacks, spam, or any other material that we deem inappropriate.

We are Melanie and Jenn, two pastry chefs that have a passion for Pinterest. We noticed that when we tried some cake/pastry tutorials on Pinterest that there were pins that just did not add up. So we decided to publicly test cake/pastry related tutorials posted on Pinterest, and show you our results, including troubleshooting the tutorial if need be. We will also bring you snippets of projects that we are perfecting.